Posted at 13:54h in News, Press Releases by Nicole Greenbaum 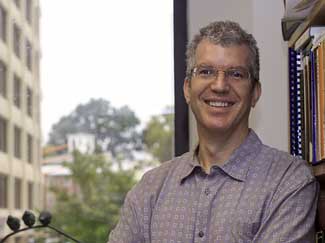 PHILADELPHIA (October 3, 2016) – New research from the Monell Center and collaborators finds that oral perceptions of coldness and carbonation help to reduce thirst, the uncomfortable sensation caused by the need to drink fluids. Because thirst and its cessation contribute to how much fluid a person drinks, the current findings could help guide sensory approaches to increase fluid intake in populations at risk for dehydration, including the elderly, soldiers, and athletes.

Drinking fluids helps protect against dehydration, which occurs when the body loses more fluid than it consumes. Mild to moderate dehydration can lead to thirst and headaches, but severe dehydration can be deadly and requires immediate medical attention.

“We have a decent understanding of what turns thirst on, but need to better understand what turns it off so we can motivate the elderly and other at-risk populations to keep drinking their fluids,” said Paul A.S. Breslin, PhD, study senior author and a sensory biologist at Monell.

While it is commonly believed that rehydration alleviates thirst, in actuality thirst is relieved, and the act of drinking ceases, long before a consumed liquid is absorbed by the body. Sensory cues in the mouth appear to play a role in thirst quenching, but the specific signals that the body uses to determine the amount of liquid consumed and when to stop drinking remain largely unknown.

In the current study, published in the open access journal PLOS ONE, Monell researchers investigated several oral sensations to identify which have an impact on thirst and influence the amount of liquid people drink.

A total of 98 healthy individuals between the ages of 20 and 50 participated in the experiments. To induce thirst, participants abstained from liquid and food overnight and then ate a small breakfast of toast and jelly. At this point, the participants rated their thirst as ‘strong.’ Each then had five minutes to drink 400 ml (13.5 oz) of water under one of four conditions, varying temperature (room-temperature or cold refrigerator-temperature) and carbonation (plain or carbonated).

Then, after a short rest, the participants were allowed to drink as much plain (non-carbonated, room temperature) water as they wished.

“Our results confirmed what people tend to naturally do when they are thirsty: drink a cold and often carbonated beverage to feel a sensation of relief,” said Catherine Peyrot des Gachons, PhD, also a sensory biologist at Monell and the study’s lead author.

A separate experiment showed that using menthol to chemically create the sensation of cooling had a similar thirst quenching effect to the water actually being at a cold temperature. “This shows that it’s the perception of coolness that’s influencing thirst, not the actual coolness itself,” said Breslin.

Moving forward, the researchers are interested in exploring the sensory cues that trigger a desire to drink, which could lead to beverages or techniques that improve hydration in at risk populations.

Also contributing to the research were Michael Gleason and Siyu Zhang of Monell; Julie Avrillier of Monell and AgroSup Dijon Institut National Superieur, Dijon, France; Laure Algarra of Monell and AgroParisTech Paris, Paris, France; and Emi Mura and Hajime Nagai of Suntory Global Innovation Center Limited, Osaka, Japan. Dr. Breslin also holds an appointment at Rutgers University School of Environmental and Biological Sciences. This research was funded in part by a grant from the Suntory Global Innovation Center. Other than the research contributions of authors Mura and Nagai, Suntory played no role in design, data analysis, or interpretation.