Monell scientists are working to identify the molecular structure of the almost 400 smell receptors in the human nose, as well as map the genetic differences in how we smell. Using this catalog of odor data, they are developing large-scale machine-learning algorithms to predict odor quality based on molecular structure. They aim to ultimately engage commercial partners to build devices capable of detecting, generating, and sharing scents. 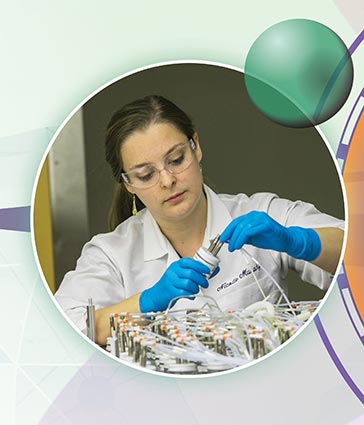 Can you imagine receiving odors, tastes, and sensations instantaneously through new technology and your familiar hand-held devices? This area of Monell research may be closer than you think. Consider the work of the late George Preti, PhD to identify the odor signature of ovarian cancer in a drop of blood. Imagine using a digital app on your smartphone to develop a personalized perfume or embed the smell of a rainforest into your PowerPoint on climate change. 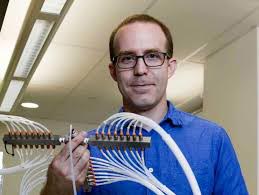 To get started toward this brave new world, Project AROMA (Accessible Repository of Odor Materials Assessments) is evaluating the best ways to design a universal system of classifying odors. Current models have begun to predict odor perception based on molecular structure but are limited by the quantity and quality of perceptual data. With the help of human volunteers, both trained and untrained in detecting scents, we are building an open-access database of 10,000 odors. In our latest study, which tested eight trained and 15 untrained participants on 50 odor stimuli, the trained group was more consistent and more fully described the odors; however, their evaluations took about seven times longer to complete than the speedier novices. These types of findings inform machine-learning predictions to lay the groundwork for commercial applications.