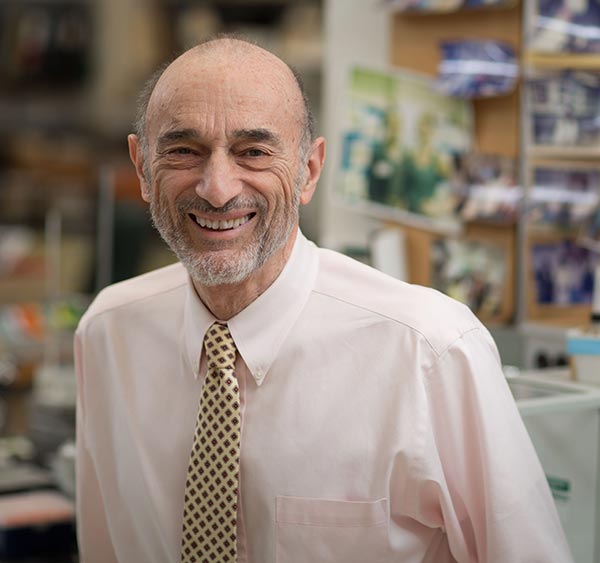 Dr. George Preti, best known for his work on the chemistry of human body odors, died in March, following a tough battle with bladder cancer.

Born on October 7, 1944 and raised in his beloved Brooklyn, New York, by parents Mario Preti and Sylvia Sempepos Preti, he graduated from Fort Hamilton High School in 1962. He then entered the Polytechnic Institute of Brooklyn, now the Tandon School of Engineering of New York University, from which he received a BS in chemistry in the spring of 1966. The next fall he became a student in the Department of Chemistry at the Massachusetts Institute of Technology, where he received his PhD in 1971. The title of his thesis was, “A Study of the Organic Compounds in the Lunar Crust and in Terrestrial Model Systems.” He studied under the renowned advisor and innovator of mass spectrometry, Klaus Biemann. In 1970, while completing his doctoral research, he co-authored a paper in Science describing some of this work: “Search for Organic Material in Lunar Fines by Mass Spectrometry.” For many years, George kept a small vial of “moon dust” from this work in his desk at Monell, which he often brought out to impress visitors.

Immediately after finishing his doctorate, George accepted a postdoctoral fellowship at the then two-year old Monell Chemical Senses Center. His first published paper for Monell, “Cyclical changes in volatile organic metabolites of human vaginal secretions and their relations to ovulation,” in 1975, was soon followed by another Science publication, which described the sensory characteristics of these secretions. 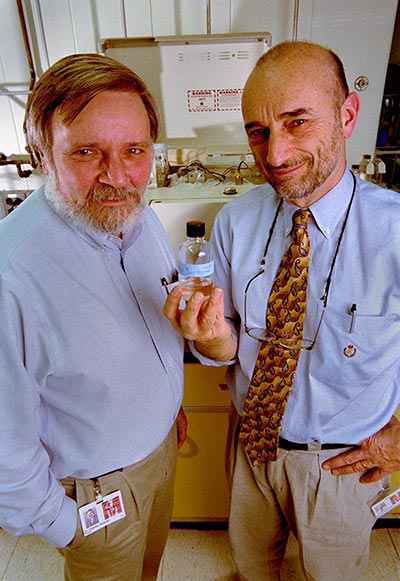 These publications presaged three characteristics of his research that would continue for almost 50 years. The first was the topic: the chemistry and biology of human body odors and their potential diagnostic significance. The second was his desire to put his discoveries into practical use by filing and licensing intellectual property. Indeed, patents were eventually granted for some of the work described in these early publications. The third was George’s special skill at recruiting a multidisciplinary team to execute his research program due in equal parts to his enthusiasm, dedication, and kindness.

Over the years, George and colleagues studied volatile emanations from a wide variety of species, including anal sac odors from canids, scent marks from marmoset monkeys, urine odors from guinea pigs and mice, and even food odors for fruit flies. However, his focus was most frequently on human odors and their meaning. This work addressed chemical scent production from the human axillae (underarm area), mouth, saliva, gingiva, bronchia, sinus, cerumen (earwax), melanoma cells, and generalized stress odors. During this work, George, along with long-time Monell collaborator Dr. Charles Wysocki, was naturally drawn into the world of human “pheromones.” They, and other colleagues, published on the effects of body odor on human physiology and behavior and were always careful about the possible human pheromone implications of their findings, a controversial field to this day.

Three related research areas that were among George’s long-term and continuing interests merit special mention. The first was his desire to understand the chemical and behavioral nature of human odor produced in the moist, gland-laden human underarm. George was fascinated by the fact that people paid many millions of dollars in attempts to suppress this odor by using deodorants and anti-perspirants. Yet, odors such as these were likely to have evolved to communicate information and perhaps serve for attraction among humans as similar odor-producing structures had in many other mammalian species. In a seminal paper published in the Proceedings of the National Academy of Sciences in 1996, George and colleagues demonstrated how the distinctive odorant from male underarms is formed by bacterial activity on glandular secretions in the axillary region, which are then bound to a protein, carried to the surface, and released into the air as odor. This is similar to how many purported mammalian pheromones work throughout the animal kingdom. 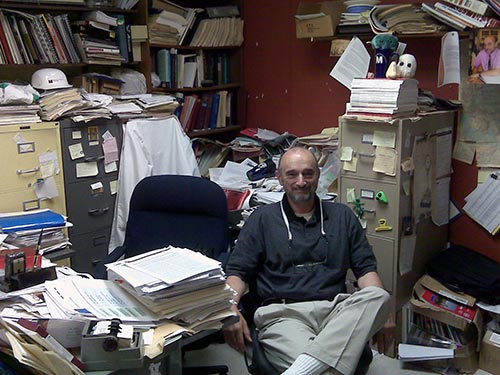 Dr. George Preti at the Office

The second research area grew out of his interests in “bad breath.” Early on, George heard from individuals who had offensive breath of unknown origin. He began to investigate the nature and source of these odors among patients and became one of the world’s experts on a rare metabolic disease called trimethylaminuria, TMAU for short. Over the years, he worked with the worldwide community of people with this disorder and was unhesitating in helping with their diagnosis and in recommending dietary approaches to reduce the oral and skin odors that often insidiously diminished their lives. He personally tested patients and maintained contact with them, often for years. He was tireless in informing the public about this rare metabolic abnormality, and he helped this underappreciated patient group with strategies and coping mechanisms to improve their lives.

The third and most recent focus of George’s work had been directed toward finding a diagnostic tool to detect early-stage ovarian cancer using odor biomarkers in blood. Ovarian cancer can be successfully treated when diagnosed early in its course, but most patients are asymptomatic until the disease has advanced. George, again reflecting his genius at bringing together multidisciplinary teams, formed a collaboration among clinical experts in ovarian cancer, an animal behaviorist with expertise in training dogs to “sniff out” the cancer in patient blood samples, and a physicist to develop sensors to distinguish between blood samples from cancer patients and healthy volunteers. George complemented the team through his specialty – the use of gas chromatography/mass spectroscopy to identify the specific chemicals that contribute to the unique odor profile indicative of ovarian cancer. He raised foundation money to support this work, rallied patient groups, and successfully advocated for this approach that he believed could and would save many lives. He continued to work on this project until just days before he died; it had become a passionate calling. Fittingly, just days after George’s death a new article describing this work was published in AIP Advances. 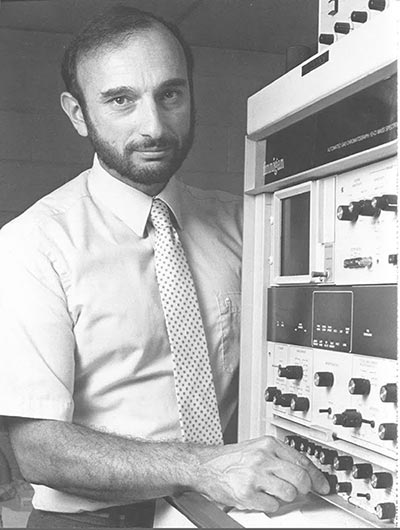 George’s many contributions to the Monell Center have been central to its success. He maintained excellent relationships between the Center and many of its commercial sponsor companies who valued his expertise, willingness to advise them, and his generous nature. He was an active counselor of a long line of young scientists, a generous collaborator, and valued advisor.

He was also active in the larger scientific community, having been a long-time member of the Committee of Arts and Sciences for the Franklin Institute and a member of the Sensory Advisory Board for Fragrances and Oral Care for Symrise, Inc.

George was also deeply involved in science communications as the executive editor of the scholarly journal Chemosensory Perception and was frequently sought to comment on the chemistry of odors for non-technical audiences. In 2002, the American Chemical Society recognized him for promoting chemistry to the general public through the media.

To all who knew him, he was gracious and kind, thoughtful and caring. We mourn his death as we celebrate his creative and productive life.

He is survived by his wife Kathleen; two children, Gregory Preti (and wife Lauren) and Stephanie Ruscin (and husband Mark); sister Christine Crockett (and husband David); and three grandchildren, Aaron Preti, and Hannah and Campbell Ruscin.

Donations in his honor may be made to the George Preti Research Support Core for Analytical Chemistry, available here.

This effort will bring his vitally important and foundational research capabilities in analytical chemistry to the whole of the Monell Center and our international collaborators.