Monell International Advisory Council (IAC) member Judith Wellington, PhD, is stepping into an expanded role this month as the newest member of the Board of Directors.

“I joined the IAC shortly after my return to Philadelphia in 2015. It’s been great to renew old friendships and to learn more about Monell’s current research projects,” said Wellington. “It’s amazing to see how the field of sensory research has progressed. I’ve had to learn a whole new language!” 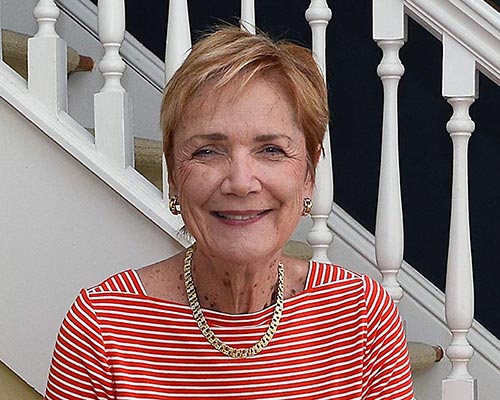 When asked to consider a board position, Wellington says that she spent a long time considering how her experience and talents could best be used to advance Monell’s mission: “While I have enjoyed my work with the IAC, I am also looking forward to having a role in the governance of the Center.”

Wellington started her career as a chemist, having earned her M.S. and Ph.D. in organic chemistry from Harvard University. After a short stint at Juniata College in central Pennsylvania, she spent the next 10 years at Monell.

Investigating chemical communication in mammals and reptiles was among the many projects Wellington worked on with such familiar names as Gary Beauchamp, Amos Smith, Chuck Wysocki, and Kunio Yamazaki. The last half of her career at Monell saw a move into administration, where her efforts still resonate today. She directed a $3-million renovation, including our current 6,000-square-foot animal facility, as well developing with Beverly Cowart the taste-and-smell clinic at Jefferson University.

Wellington’s next stop was with the Philadelphia Zoo as the Vice President for Planning. While there, her primary responsibility was overseeing the design, construction, and startup of the New Jersey State Aquarium in Camden, building on her related experience with Monell’s expansion.

She became the Aquarium’s first President and CEO, saying that her familiarity with renovation and construction at Monell primed her for this post. Working closely with former Monell CFO Martin “Mike” Bayersdorfer also equipped her with the necessary financial know-how to run large and small non-profits. “I’m the rare scientist who can read a financial statement and make financial projections, thanks to Mike.” she said.

“Monell had a huge influence on my management style,” she said. “We worked in interdisciplinary teams of chemists, biologists, and psychologists. This showed me the true value of collaboration between disciplines.” She took that same silo-busting approach during the merger that formed the Clay Center, bringing together people with expertise in science, the performing arts, and music.

True to form, after her retirement, Wellington was not content to rest on her already distinguished laurels. When she moved back to Philadelphia, she reached out to friend and colleague Carol Christensen to again contribute to Monell. In addition to her service to Monell, she teaches English as a Second Language (ESL) for the Nationalities Service Center and enjoys the city’s rich selection of museums, lectures, and performing arts.

Recently, Wellington shared her career path with chemistry graduate students at Georgia Tech, focusing on non-academic career paths. While other panelists shared career paths into science administration, she recounted her eclectic resume, emphasizing how knowledge gained in doctoral programs could be adapted to professional opportunities in the not-for-profit cultural world.

“I owe a great debt to Monell,” said Wellington. “I met many wonderful, committed people and honed skills I used throughout my career. My return to the Center was based, not only on repaying this debt, but also on Monell’s continued vision of improving health and well-being through its basic research and commitment to diversity.”