Dr. Kunio Yamazaki, best known for his work on odortypes – genetically-determined body odors conferring individual identity, died with no warning from a heart attack on April 11, 2013. Friends and colleagues from the US and Japan came together for a memorial celebration of Dr. Yamazaki’s life and career.

Born and raised in Japan, Kunio Yamazaki received his PhD from the University of Tokyo in 1970. He was a senior researcher at the Tokyo Metropolitan Isotope Research Center before coming, in the mid 1970s, to the Memorial Sloan-Kettering Institute for Cancer Research for post-doctoral training in the laboratories of the famous President of Sloan Kettering, Lewis Thomas, and the eminent immunogeneticist Edward A Boyse. It was here that Kunio and his colleagues Boyse, Thomas and Judith Bard, made the seminal discoveries that the major histocompatibility complex (MHC) genes, best known for their role in immune regulation, also were responsible for provisioning an animal with a unique olfactory signature, called the MHC odortype.

The first publication to describe this finding (Yamazaki et al., 1976, J. Exp. Medicine) demonstrated that mice tend to mate with other mice that are different from themselves at the MHC loci. This discovery, which has been replicated in a number of other species by other investigators, provides a basis for maintenance of MHC diversity within a species and likely plays a central role in inbreeding avoidance. Thus the work has had implications for evolutionary biology, sociobiology and immunology. Following this paper, Kunio and collaborators, who now included Gary Beauchamp at the Monell Chemical Senses Center, proved that urinary odors could mediate discrimination between mice of different MHC types.

In 1980, Kunio was recruited to join the Monell Center where he became a full Member in 1990. Although his work was focused primarily on mechanisms and functions of MHC odortypes in mice, he also published papers on odor-based disease diagnosis, detection of an animal’s age based on body odor, and human odortypes. He wrote over 100 papers, most published in high profile journals. His work spawned an entire field of research in how the MHC genes of many species impact on olfactory individuality, mate choice and conspecific recognition.

Kunio Yamazaki was an international scientist and scholar who lectured at meetings and universities around the world. He maintained a special presence in Japan while he pursued his career in the United States. In 1999 he published Genes that Govern Olfaction in Japan. This book received the Japanese Science and Technology Book Award, equivalent to the U. S. National Book Award for science writing. This honor provides an elegant connection to one of Kunio’s original mentors, Lewis Thomas, who had won a National Book Award for his classic series of essays, Lives of a Cell, that included a discussion of pheromones presaging the odortype work that would follow. More recently, in 2010, Kunio became the first recipient of the Outstanding Achievement Award from the Japanese Association for the Study of Taste and Smell acknowledging his foundational work on odortypes.

Kunio’s many contributions to the Monell Center have been central to its success. Administratively he maintained excellent relationships between the Center and its many Japanese company and university colleagues. Scientifically, he was an active counselor of young scientists, a generous collaborator, and valued advisor. To all who knew him, he was gracious and kind, thoughtful and caring. We mourn his death as we celebrate his creative and productive life. He is survived by his beloved wife, Tomoko, and his talented and beautiful daughter, Hiroko.

Dr. Yamazaki’s memory is also honored by the Kunio Yamazaki Distinguished Lectureship established in 2014. This seminar honors his memory and professional legacy by bringing eminent scientists to Monell to speak on topics relevant to Dr. Yamazaki’s broad range of scientific interests. 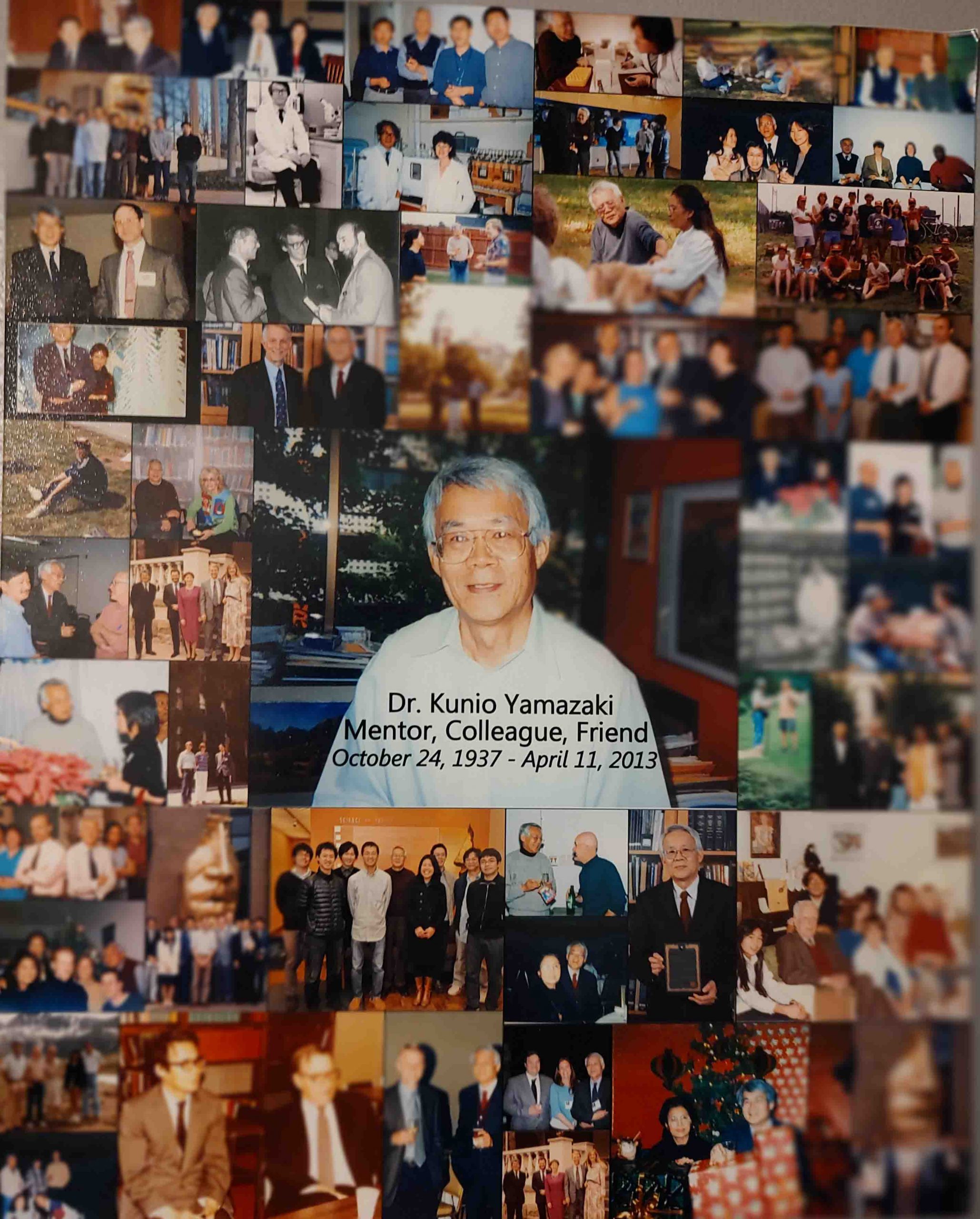