Posted at 16:29h in Press Releases by Ahmed Barakat

PHILADELPHIA (December 21, 2022). Earlier this fall, Amber Alhadeff, PhD, from the Monell Chemical Senses Center, was honored by the New York Stem Cell Foundation (NYSCF) as part of the 2022 class of NYSCF – Robertson Investigators, when they welcomed the six outstanding stem cell researchers or neuroscientists into the NYSCF Investigator Program.

“I am honored and thrilled to become part of this research community and very grateful for the generosity of the Foundation’s award,” said Alhadeff. “This accolade is a reflection of our diverse team performing their excellent work day in and day out.” 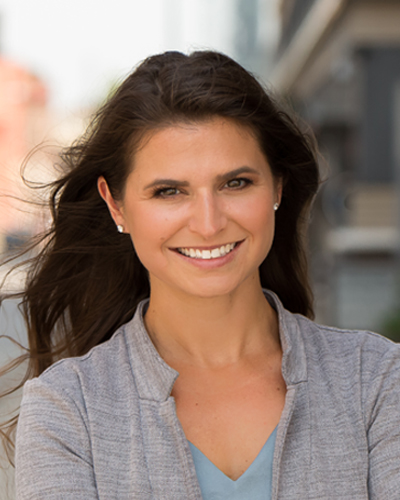 The NYSCF Program fosters and encourages promising early career scientists whose cutting-edge research holds the potential to accelerate treatments and cures. The awards provide critical seed funding – $1.5 million over five years – for scientists who have established their own, independent laboratories within the last six years.

Alhadeff is a Principal Investigator at the Monell Center and an adjunct professor in the Department of Neuroscience at the University of Pennsylvania. She studies how the gut and brain communicate to regulate food intake and control body weight. Building on the technology her lab has developed for measuring neural activity, combined with physiological, behavioral, and molecular methods, she is investigating novel gut-brain pathways. This work could ultimately redefine our understanding of the neural control of food intake and pave the way for effective treatment strategies for diseases rooted in body weight control.

To further the Program’s commitment to fostering diversity, equity, inclusion, and belonging (DEIB) in the scientific community, additional elements were included in this year’s application, including a mandatory commitment statement to DEIB from all applicants that reviewers considered alongside scientific merit.

“Amber’s passion for mentoring and facilitating the careers of diverse and underrepresented scientists is as much a distinction of her laboratory as is her stellar science,” said Nancy Rawson, PhD, Monell Acting Director. Alhadeff has been awarded several NIH grants emphasizing DEIB in scientific research.

She received her PhD from and completed her postdoctoral training at the University of Pennsylvania. She is also a recipient of an NIH K99/R00 Pathway to Independence Award, the L’Oréal USA for Women in Science Award, the Klingenstein-Simons Foundation Award in Neuroscience, the American Heart Association Career Development Award, an NIH Director’s New Innovator Award, the 2021 Eppendorf & Science Prize for Neurobiology, and is a member of the 2022 Class of Pew Scholars.

The Monell Chemical Senses Center is an independent nonprofit basic research institute based in Philadelphia, Pennsylvania. Founded in 1968, Monell‘s mission is to improve health and wellbeing by advancing the scientific understanding of taste, smell, and related senses, where our discoveries lead to improving nutritional health, diagnosing and treating disease, addressing smell and taste loss, and digitizing chemosensory data.