Posted at 13:41h in Press Releases by Ahmed Barakat

PHILADELPHIA (December 23, 2022) – For the first time, scientists have demonstrated that human taste cells can be reprogrammed into neuron-like cells. The team, led by Hakan Ozdener, MD, PhD, of the Monell Chemical Senses Center, described a highly efficient method that induces this transformation. The aim of this research is to improve the future of treating neurodegenerative diseases using cell-based therapies.

“The ability to reprogram certain cell types into different cells has long been a goal of both translational and regenerative medicines,” said Ozdener. However, current cell reprogramming technologies are extremely limited and rely on tedious, multi-step processes. 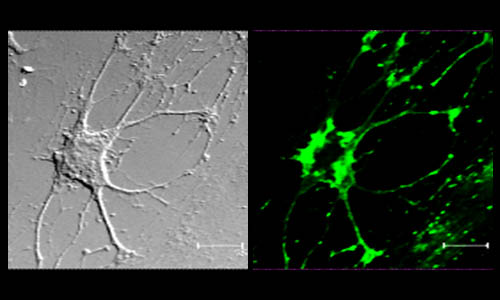 By the end of the three-week period, the team had run several experiments to verify the new neural identity of the transformed cells. They implemented techniques that allowed them to investigate what proteins the cells developed, how the shape and size of the cells changed, and how the neuron-like cells functioned compared to actual neurons.

“What we found was extremely powerful,” said Ozdener. “The reprogrammed cells developed proteins that are specific to neurons, showed structures characteristic of the shape of neurons, and even demonstrated behaviors analogous to those of neurons.”

The team also tested the stability and longevity of the reprogrammed, neuron-like cells. These experiments provide robust evidence that the new cell reprogramming technique produced stable, neuron-like cells that retained their characteristic following the transformation.

Advancements in cell reprogramming, as described in this and many other studies, bring hope to physicians and patients alike. “With its efficiency and accessibility, this newly developed method will open up new avenues for cell therapy and the treatment of neurodegenerative disorders,” said Ozdener. “I am very excited about the potential for this technology to make a real difference towards the health and well-being of so many.”

The Monell Chemical Senses Center is an independent nonprofit basic research institute based in Philadelphia, Pennsylvania. Founded in 1968, Monell‘s mission is to improve health and wellbeing by advancing the scientific understanding of taste, smell, and related senses, where our discoveries lead to improving nutritional health, diagnosing and treating disease, addressing smell and taste loss, and digitizing chemosensory data.