Posted at 12:58h in Blog by Ahmed Barakat

I was invited as a Visiting Professor to teach for three weeks at the University of Gdansk, in northern Poland on the Baltic Sea – an area I was completely unfamiliar with. I lectured to fellow academics and held a public outreach event at their local science museum. I also went to Warsaw, the country’s capital, where I gave a lecture and met members of the Institute of Agricultural & Food Biotechnology, Poland’s equivalent to the USDA. 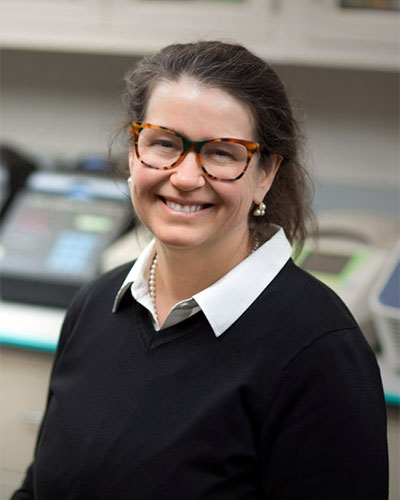 In the three weeks I was in Poland, I met hundreds of people, toured several laboratories, gave lectures and listened to lectures– and I swam in the Baltic Sea, drank beer, and ate schnitzel. Yet I visited in June of 2022, at a time when Ukrainian refugees, mostly women and children, were coming to Poland to escape the war in their country, and many Ukrainian men who had been working in Poland had returned home to join the military.

The people I met in Poland had every reason to be distracted from science – especially my field of taste and smell, topics far removed from their immediate concerns. Yet despite this, I saw many people, with their children, at the science museum on their days off. The museum was bustling with activity well into Sunday evening – a visual testament the esteem for science held by the families there. Even late that Sunday afternoon, when I gave a lecture on chemosensory biology (in English, simultaneously translated into Polish), many people attended despite the weekend drawing to a close.

From this trip I learned much, including one very important thing: I need to expand the ways I communicate about science – what I do and why I do it – not just to the scientifically curious non-expert, the average person coming to the science museum on a Sunday, and not just to scientists who are not in my field, but also to scientists, in my field or not, that come from other countries and cultures.

In trying to be a Monell ambassador for Science in Poland, I learned two key elements about my own scientific culture. I wrongly assumed that the people listening shared the same general perspective and history of science that I gained through my education and experiences in the US and UK. This was decidedly not the case. In one humbling conversation, the Director of a Polish research institute spoke to me about well-known Polish scientists and their discoveries – he was amazed at how little I knew. We were both relieved when we finally landed conversationally on Marie Curie, but even here I was further humiliated by not recognizing her name: in Poland, she is Marie Salomea Skłodowska-Curie, giving prominence to her maiden name, emphasizing her Polish history.

Another barrier was a lack of shared scientific nomenclature. It was hard to find common language to talk about basic concepts – the trick was finding the right words to establish common ground. For example, the terms “allele” and “marker,” used commonly in the US to talk about inherited genetic variation, are rarely used in Poland. Instead, they use the synonym “polymorphism”. Puzzled frowns turned to smiles once I learned to say “polymorphism” rather than “allele” in lectures.

I now see the need to improve my understanding of how to learn about and communicate with the many different scientists and scientific cultures I encounter. Studying more science history about the locales I visit, and how to identify how different histories and cultures create different perspectives on science, will be my first step. I also aim to identify people who communicate well to international audiences, to learn from them. You can help me by sending me examples of outstanding international scientific communicators! I am motivated to improve, and I hope you will help.