Posted at 12:15h in News, Press Releases by Nicole Greenbaum

Model provides new insight into the biological design and function of cilia, dendrites, and other small spaces within the nervous system 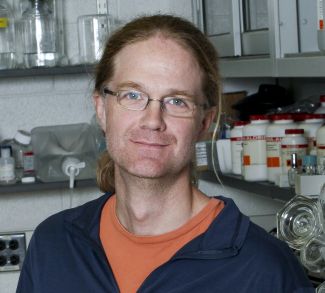 PHILADELPHIA (December 31, 2018) – Imagine trying to figure out how something works when that something takes place in a space smaller than a femtoliter: one quadrillionith of a liter. Now, two scientists with a nose for solving mysteries have used a combination of mathematical modeling, electrophysiology, and computer simulations to explain how cells communicate effectively in highly constricted spaces such as the olfactory cilia, where odor detection takes place. The findings will inform future studies of cellular signaling and communication in the olfactory system and also in other confined spaces of the nervous system.

Study author Johannes Reisert, PhD, a Monell Center cell physiologist, comments, “Ion channels and how their currents change ion concentrations inside cells are notoriously difficult to study. Our modeling approach enables us to better understand not only how olfaction works, but also the function of small nerve endings such as dendrites, where pathology is associated with many neurodegenerative diseases.”

In the study, published online in advance of print in the Proceedings of the National Academy of Sciences, scientists asked why olfactory receptor cells communicate with the brain using a fundamentally different series of electrical events than used by sensory cells in the visual or auditory systems.

Olfaction begins when, in a process similar to a key fitting into a lock, an airborne chemical molecule travels through the nasal mucus to bind with an olfactory receptor embedded on the wall of a nerve cell within the nose. The olfactory receptors are located on cilia, elongated super-thin threadlike structures less than 0.000004 inches in diameter that extend from the nerve cell into the mucus.

The act of odorant-receptor binding initiates a complex molecular cascade inside the olfactory cell, known as transduction, which ultimately results in the nerve sending an electrical signal to the brain.

The transduction process culminates with the opening of pores called ion channels that are located in the nerve cell’s wall. The open pores allow positive or negative electrically charged molecules (ions) to flow in and out of the cell. This ultimately changes the cell’s overall electrical charge, stimulating the cell to send a signal to the brain.

Most ion channels are selective for a specific ion, including positively charged sodium (Na+) ions or negatively charged chloride (Cl-). The flow of an ion through its channel in either direction generates an electrical current.

By using multiple approaches to develop a testable model of olfactory transduction and ion currents, Reisert and his collaborator, computational neuroscientist Jürgen Reingruber, PhD, from the Ecole Normale Supérieure in Paris, were able to explain why the olfactory system functions differently.

The researchers demonstrated that relying on Cl- as opposed to Na+ as part of the transduction cascade provides several advantages that enable olfactory cells to respond to odors more consistently.

One constraint faced by the olfactory system is that the concentrations of Na+ and other positive ions in the mucus outside the olfactory cells vary dramatically as a function of the nose’s external environment. This makes it difficult for olfactory cells to depend on externally-originating Na+ currents as a reliable component of the transduction response.

The olfactory cells counteract this problem by using a Cl- current that originates inside the cell, where ion concentrations are more stable, making the Cl- current more dependable overall.

“Imagine that you’ve been swimming in the ocean and your nose is bathed in salt water. That means that there’s much more sodium outside the olfactory cells, but they need to be able to function reliably whether you’ve just been swimming in the ocean or are sitting in your kitchen,” said Reisert. “Replacing the externally-originating Na+ current with Cl- ions that move from inside the cell to outside solves that problem.”

The models also showed that using the outward flowing Cl- ion currents enables the olfactory cells to protect the infinitesimal intracellular space of the cilia, where olfactory transduction occurs. This is because inward-flowing positive ions would encourage extra water to enter the space, potentially resulting in osmotic swelling and related structural damage to the cilia.

The findings explain how the olfactory system is able to function dependably despite the challenging physical conditions of an unstable external environment and small ciliary volume. An example of the powerful value of basic science, this same approach can now be used to investigate similar questions in other parts of the nervous system.